2016 was a record breaking year for Ottawa real estate resales!

2016 proves to be a record-breaking year for Ottawa resales

OTTAWA, January 5, 2017 – Members of the Ottawa Real Estate Board sold 715 residential properties in December through the Board’s Multiple Listing Service® System, compared with 703 in December 2015, an increase of 1.7 per cent. The five-year average for December sales is 656. The total number of residential and condo units sold through the Board’s MLS® System throughout all of 2016 was 15,537, compared with 14,653 in 2015, an increase of six per cent. Separately, residential and condo unit sales each outperformed the 2015 numbers.

“No matter what is said in the history books about 2016, it proved overall to be a great year for Ottawa real estate,” says Rick Eisert, 2017 President of the Ottawa Real Estate Board. “While prices remained fairly flat over the course of the year, the unit sales recorded in five separate months were the highest on record, including December. The spring market picked up early in April with strong sales and this trend continued well into the fall. The monthly unit sale performance in 2016 was often bolstered by a strengthened condo market which recorded increases over 2015 for much of the year.”

“The listing inventory for both residential and condos trended lower all year, however units sold trended higher most months, outpacing 2015 by a fair margin,” says Eisert. “Cumulative days on market increased to 123 days in December, while the average for the year stayed steady at 91 days. Average residential sale prices remained virtually unchanged over last year, however we are seeing an increase in December compared to 2015, which could be a result of a higher concentration of properties sold in the $500,000 and up range.” 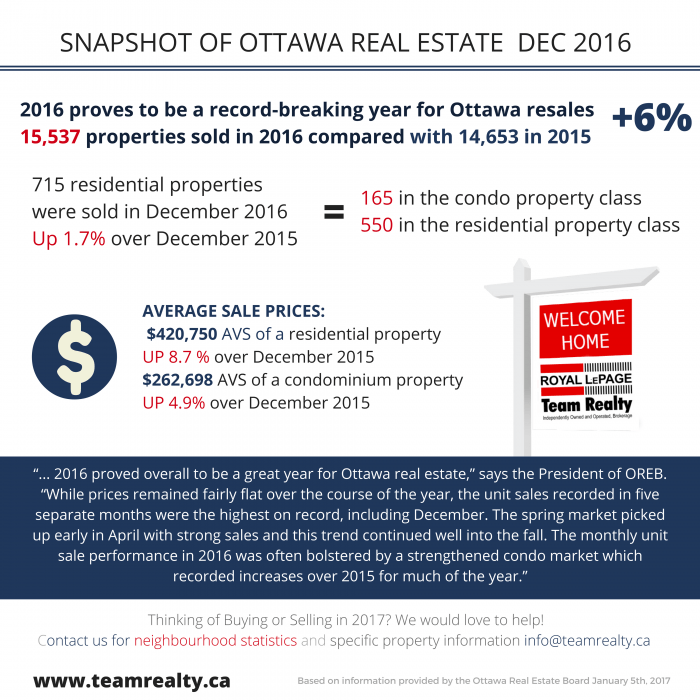 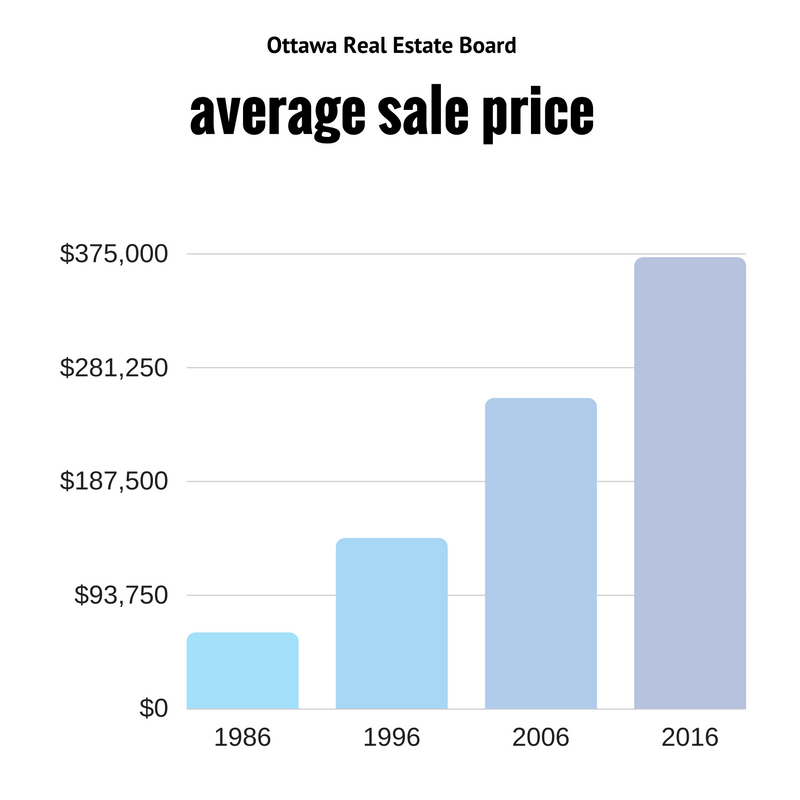 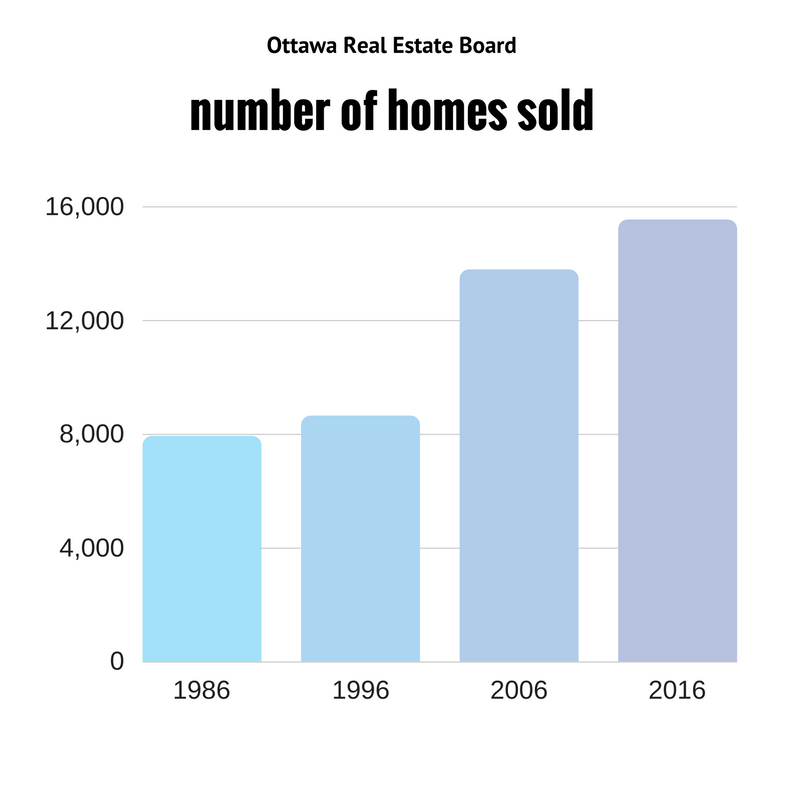